We’re excited to announce that Timeless will launch its token, Liquidity Incentive Token (LIT), on January 9, 2023.

LIT sits at the heart of our liquidity engine, Bunni, which aims to maximize liquidity on Uniswap v3. By launching LIT, we hope to enable other projects to incentivize their token liquidity with capital efficiency orders of maginitudes higher than current levels. We also plan to use LIT ourselves to bootstrap liquidity for the Timeless yield markets. 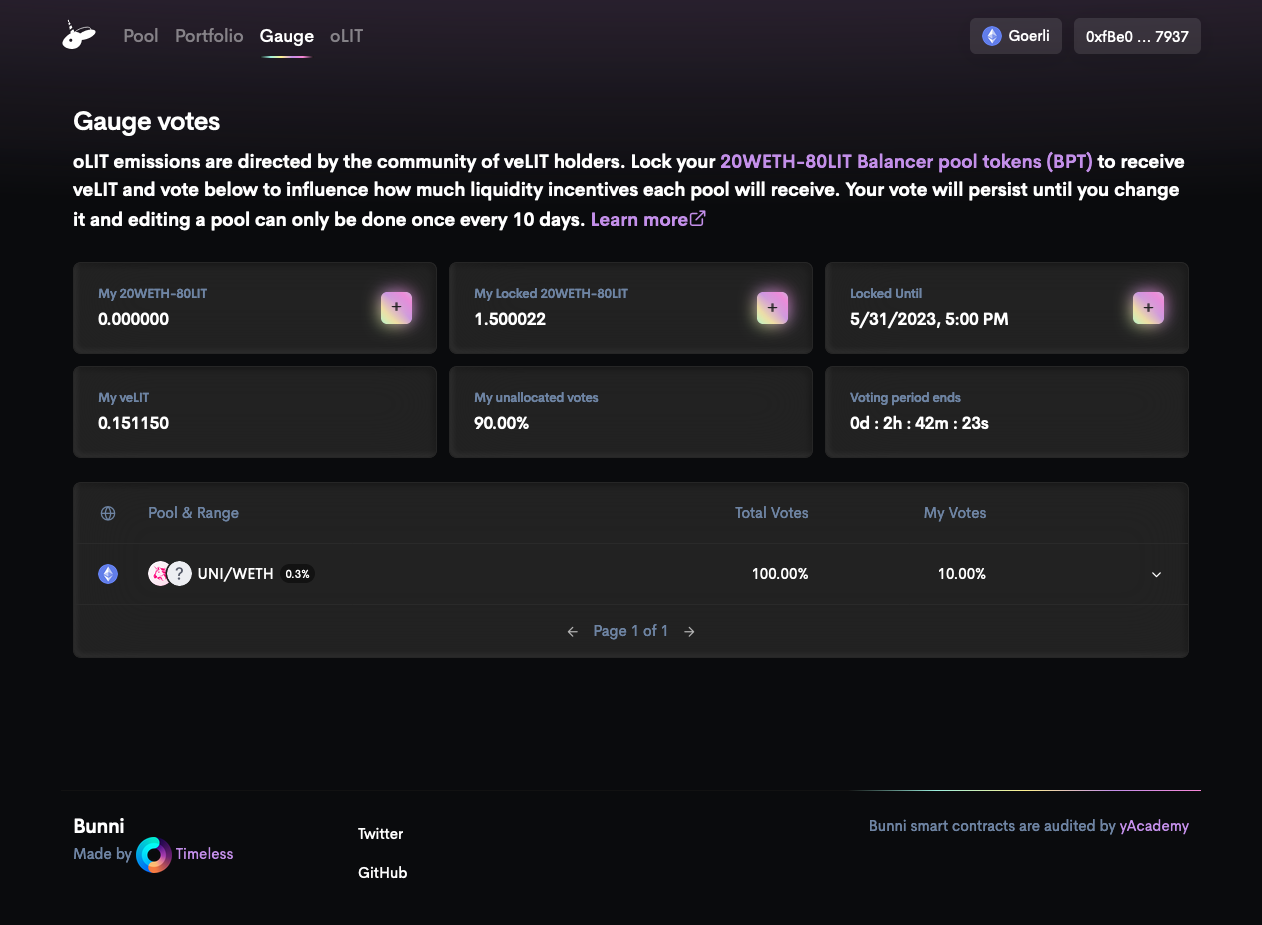 Since then, we have transformed Bunni into a full-fledged liquidity engine sitting on top of Uniswap v3. We have made improvements upon the vetokenomics used by protocols like Curve and Balancer that:

Bunni liquidity incentives will be launched on January 18, 2023.

The community will be able to obtain LIT from our Liquidity Bootstrapping Pool (LBP), which will begin at 12pm January 9, 2023 (Pacific Time) and will be active for a 7 day duration. The LBP will be accessible at lbp.timelessfi.com.

The total supply is 1 billion LIT.

The airdrop & veMPH staking pool will be launched on January 25, 2023.

Stay up to date#